Campaign for Haiti Lives On 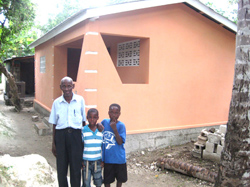 CHAUVET has been working hand in hand since April with the international relief and development agency Food for the Poor to raise enough funds to construct 20 homes for families displaced by the January earthquake that devastated the Caribbean nation of Haiti. With the help of 48 donors, about 32% of the $52,000 needed to reach this goal has been raised as of June 3rd. 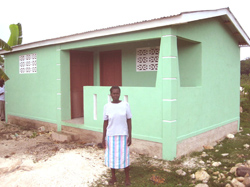 Haitian families have already begun benefiting from the generosity exhibited by the lighting community, ranging from CHAUVET distributors to trade magazines. Utilizing the proceeds collected thus far, three homes have been completed in the city of Leogane. One donor, CHAUVET distributor JAM Industries, of Canada, single handedly ensured construction of an entire home.

“It’s an absolute privilege,” CHAUVET Vice President Berenice Chauvet said, “to see the money raised in this campaign impact the lives of these individuals. CHAUVET would like to thank all of those who have found it in their hearts to contribute to this cause. It is our hope that more generous individuals choose to continue to help a community of people who have lost so much.”